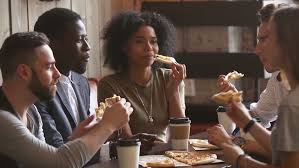 So, I’ve been hearing it pretty much all my dating life, that men and women cannot be “friends”.  There are some that believe men and women can/will covet said friend during a moment or moments of weakness.  When it comes to being in a relationship it’s even more difficult because now your significant other may be the one instituting those feelings of mistrust in you and your friendship with the opposite sex.

I’ve been in a few relationships with men that felt it was wrong for me to have a male friend(s).  Here’s the thing, I love having male friends. I get a chance to have a fresh and different perspective on chit chat or tea than with my girlfriends.  I can also decompress from all the hen clucking that I do with my girlfriends and be loose and talk to my guy friends.  I can talk sports (the majority of my female friends are not about that life), and a lot of times they tell me about their relationships—sometimes the details are wayyyy too much!  Nonetheless, friendships with males are healthy for me!

In my last relationship, I made it known that I had guy friends, most of them from college, and others that I’ve met along the way in life.  Shouldn’t be anything wrong with that, right?  Wrong!  I was looked at sideways because of this.  “Why do you have male friends?  Have you done anything with them?  What’s the story?  How long have y’all been friends?”  First thought, take it easy with all the questions!  I answered each one though.  “I have male friends because they can be easier to talk to sometimes than my girlfriends”; “I haven’t done anything with any of them except go out to eat or the movies”; “Do I really need to go down the line with a story for each guy friend?”; “I’ve been friends with them long before I met you.”

It is easier for people in relationships to understand friendships of the opposite sex once they feel they know that person and have, perhaps, a certain connection to them.  For example, I introduced one my guy friends to a boyfriend and he felt more at ease with me talking and hanging out with this friend.  Now, I do have boundaries.  I’ve always had respect for my significant other and his feelings when it came to my male friends.  I would let him know who I was talking to, where we were going, and I would always make sure he was included either in the conversation or going out.  I tried to make it easy because I did not want to lose my friendships.  I haven’t always been successful.  I did have a male friend that I unfortunately lost.  We had been friends for 11 years and had a strictly platonic, brother/sister relationship.  We argued a lot but we also laughed a lot.  When it came down to my relationship and my friendship somehow my friend decided the friendship wasn’t worth it, despite how much I assured him I could handle both and that I wanted our friendship to remain intact.  But sadly, it ended and I was left without my friend who I could always call when I needed to laugh or vent to.  I didn’t even have a chance to introduce my then boyfriend and friend to each other, they just, for some reason, didn’t like each other.  My boyfriend didn’t like him because he was a guy; my friend didn’t like my boyfriend because he didn’t like how I was treated, he was losing me and our friendship was suffering.

It’s not always easy, believe me.  I’m no expert either.  But I do know there is a level of respect that comes into play when it comes to having friends of the opposite sex in a relationship.  You have to have boundaries and you have to know who has your best interest at heart.  Who are the friends that will be there for you and the ones that have the potential to take advantage of you during those “moments of weakness”.

So, talk to me.  What are some ways you handle friendships with the opposite sex in relationships?  Do you have any?  Share your stories and advice!

Co-parenting is a collaboration not a one person gig

Quarantine and Chill: Ideas on Dating During COVID-19

Friends At A Certain Age